OCFA at the Rim Fire: 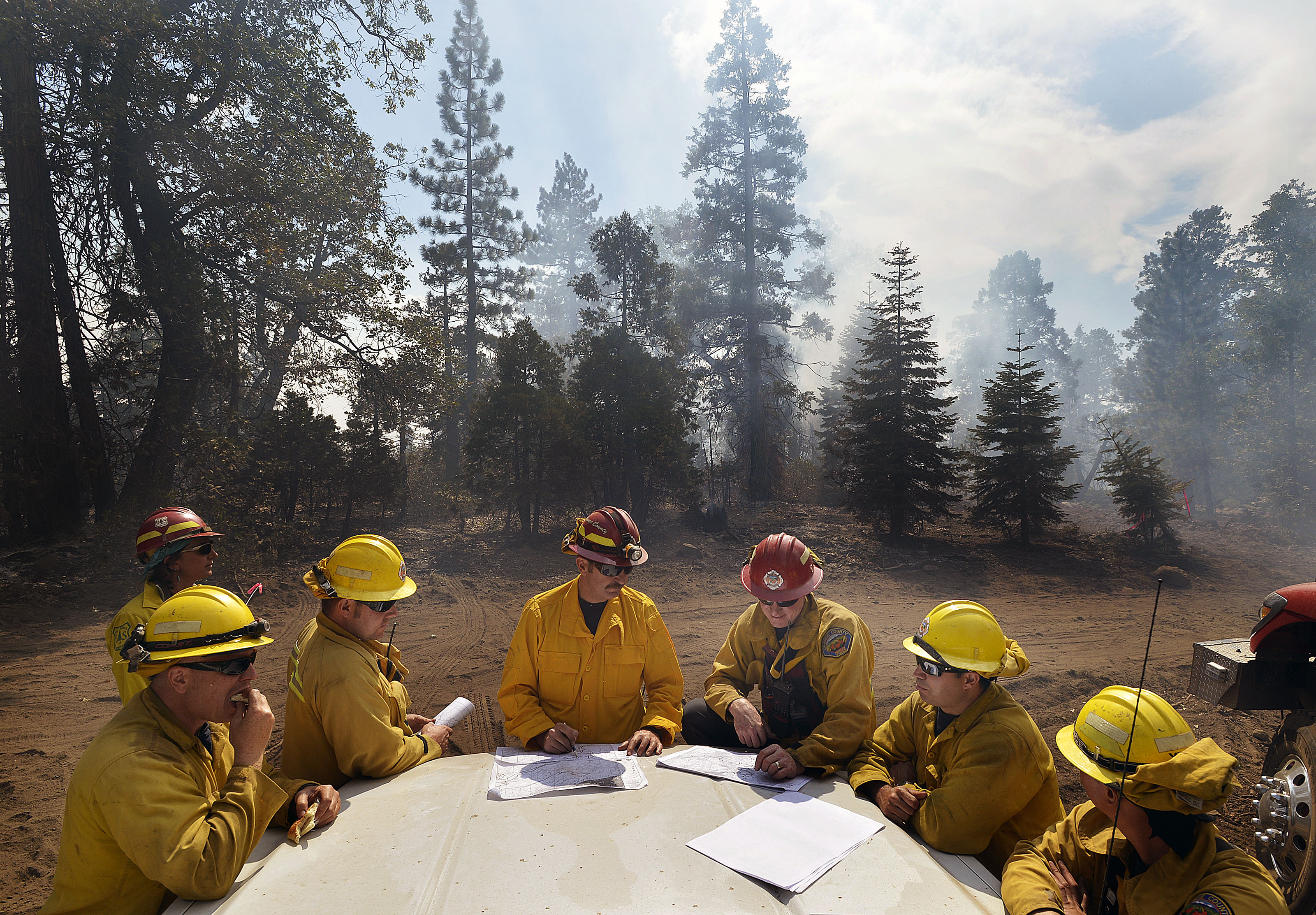 Morning came early, as it often does in the wild land firefighting world. In the predawn light firefighters sipped coffee as incident commanders rattled off the latest weather reports on the PA system during the morning briefing at Tuolumne City camp . Truck engines idled and started in the background, the Type-3 brush engines hauling water, crews, and equipment on 4-wheel drive chassises to the fire line for a 24-hour shift. The 6:00 a.m. morning briefing wrapped up with first light, casting a tobacco haze over the camp.

After listening to the briefing, Orange County Fire Authority battalion chief Pokey Sanchez and trainee battalion chief Marc Stone headed towards the chow tent and met with their captains and firefighters for breakfast where they compared notes and discussed the day ahead. The 17 men of the OCFA Strike Team saddled up their five brush engines and headed to Division Foxtrot, their assignment for the day near Mi Wuk Village, about an hour's drive north of base camp.

The firefighters grabbed their brown bag lunches and headed to their rigs, beginning for the winding drive to the Mi-Wuk Village area, where the will spend 24 hours watching their zone. On site in the area, they watch freshly bulldozed fire lines for flare ups where burnouts occurred. At this stage in the fire much of the effort is aimed at preventing the jump and spread of the fire after it has burned through the area and been stopped by backfires. The work involves constant watch and situational awareness as branches can fall at any time. Remote forest areas and no cell data mean reliance on maps and map reading skills are heavy.

30 miles to the east at Buck Meadows, the chief Incident Command post for the Rim Fire, Fire Behavior Analyst Don Boursier of the OCFA worked with sophisticated computer models to simulate potential fire behavior under different scenarios. Using a combination of computer models, experience, and intuition, Boursier and his trainee Jeff Wilson of LA County Fire created detailed color maps overlaid onto topographical maps that showed percentage proability of fire spread during a given time period. The maps are an integral tool for commanders in getting a clearer picture of what a fire might do in the days and hours ahead. Probability is mapped out relative to the current perimeter of the fire, or where the active burning actuals is. Boursier says the accuracy of such models "can enhance firefighters' safety and potentially save someone's life by forewarning fire behavior the next day." 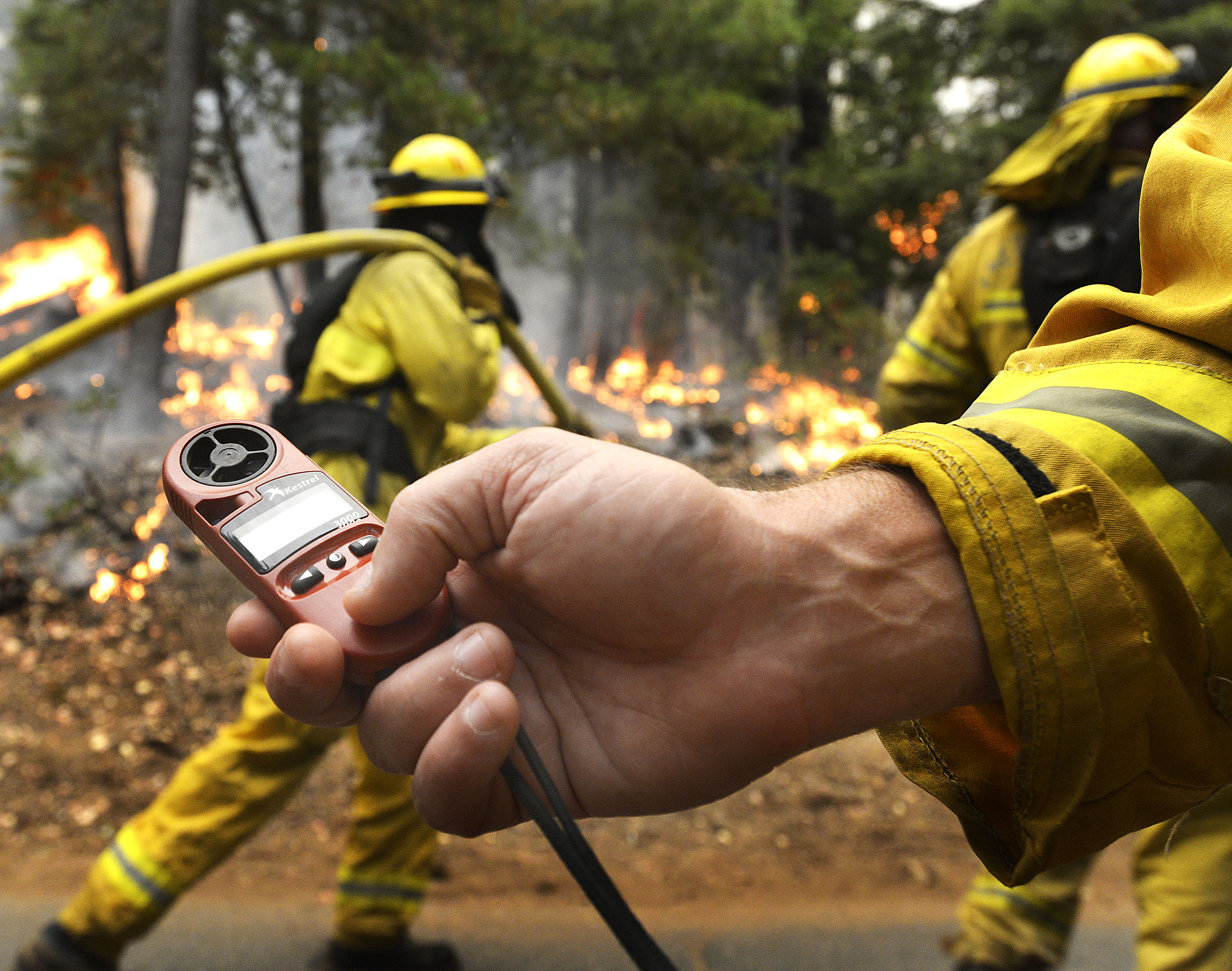 Boursier and his colleagues use weather data, computer models, and intuition to help model fire behavior in the coming days and hours. The predicted fire behavior information is useful for incident commanders in getting an idea of a fire's potential spread in a given area. On a blaze the size of the Rim Fire, the 4th largest in California history at 225,000 acres, the information can help save lives should an area be prone to intense burning due to dense fuels.

The OCFA crew is part of a mobile sea of 5,000 firefighters, law enforcement, pilots, and support staff. It speaks to the scale and destruction of the Rim Fire, over 225,000 acres in the Stanislaus National Forest and Yosemite National Park. Over 100 structures destroyed and there is 45% containment of the fire as of September 2nd.

Orange County Fire Authority crews work away from home for weeks at a time during fire season. This busy year has been no exception, and OCFA crews are working in Strike Teams on the fire line, Fire Behavior Analyst roles, and overhead spots. The OCFA has been present at most of the major wildfires in California this season, including the Powerhouse, Chariot, Mountain, and Silver fire.

After two weeks working on the fire line of the Rim Fire, the Strike team has gained familiarity with the terrain and hazards of forest fires in timber, versus the Chapparal type terrain found in the hills of Orange County. The valuable experience could come in handy one of California's driest years on record. 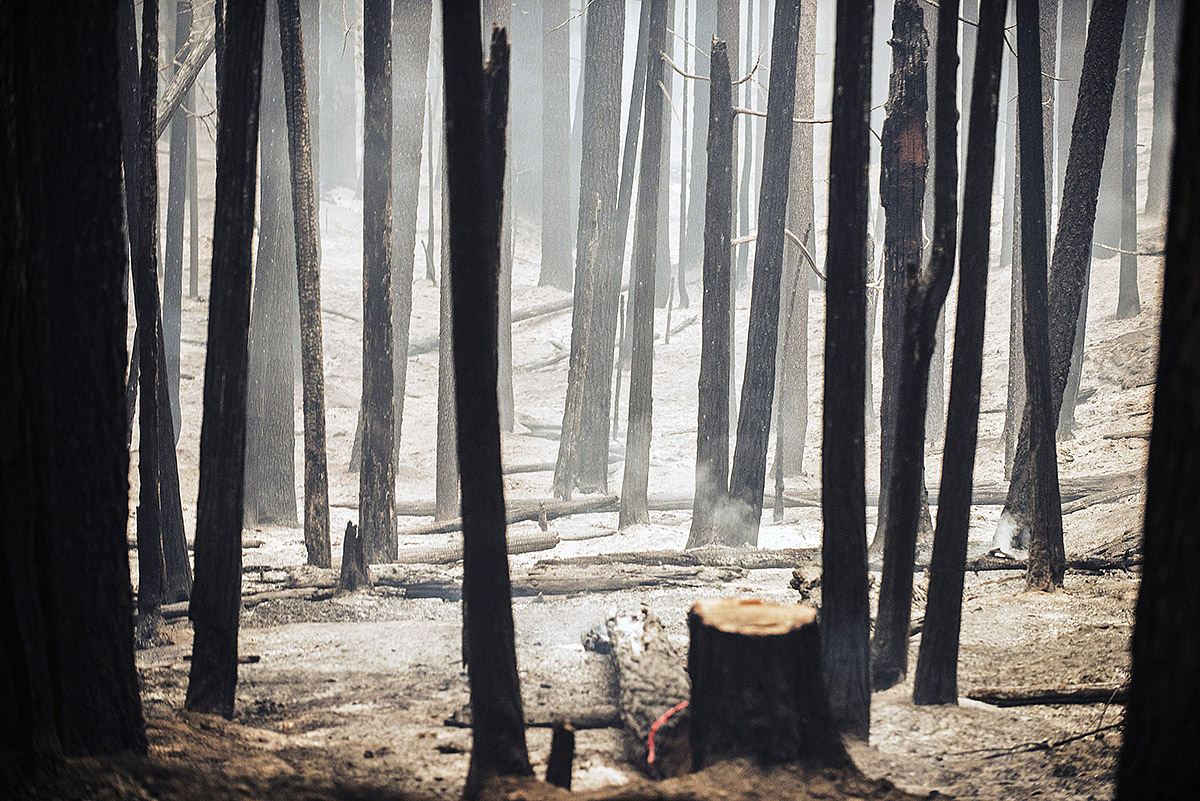